Pinball is a fun coin-operated arcade game where players enjoy racking up points by shooting metal balls on an inclined surface, attempting to hit special targets, while trying to keep the ball from escaping the playing field. While the term “pinball” wasn’t used until 1936, the history of pinball began well over a century ago.

The granddaddy of pinball machines from 18th-century France is the original Bagatelle-table. This game incorporated a table and balls much like a game of pool or billiards and used a cue stick to hit the balls into pockets. Montague Redgrave changed things up a bit with his patent to improve the Bagatelle in the late 19th century. The balls were replaced with marbles, an incline was added, and his patented ball shooter consisting of a coil spring and a plunger was introduced. The changes made were a foreshadowing of the modern pinball machines we know in today’s world.

The 1930s involved major steps forward for pinball machines. They were a popular item as countertop games such as Bingo and Baffle Ball by Gottlieb and Company. By mid-decade Baffle Ball had an upgrade to a standing and more electronic version. Henry Williams presented a battery-operated type, and by 1934, pinball machines were reconfigured for use with electrical outlets. The revamping would allow for the use of sights, sounds, music, and lighting.

During this period, from the mid to late 30s, pinball’s popularity grew quite intensely, most likely due to the Depression. Folks were looking for some fun entertainment but at a minimal cost, for obvious reasons. Many promoters of the pinball machines gave away prizes for getting high scores, which helped cause players to cheat by shaking or lifting the machine. In response to this problem, the “tilt” mechanism was introduced to the world of pinball.

In the mid-forties, before the flipper, many cities outlawed pinball machines because of the spreading sense that the games were not based on skill, but luck. Also, there was a common shift toward working on the efforts of war rather than racking up points, which added to the temporary decline of pinball. However, that changed after the Second World War during a 10 year period from 1948-1958 which was regarded as the “Golden Age” of pinball, with the invention of the flipper in 1947. The end of the war, once again, saw a rise in the manufacturing of pinball. In 1948, a firm called Genco came out with a machine that included a set of flippers at the bottom of the playing field. However, the flippers were oddly placed facing outwards, unlike today’s models. 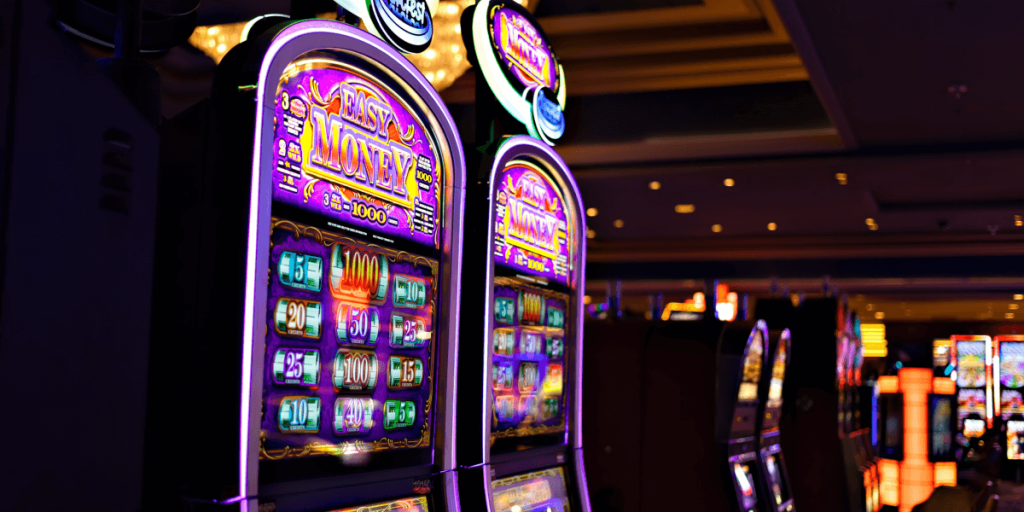 More advancements were apparent in the 1950s for the pinball machine when Gottlieb came out with the more modern arrangement of the flipper to face inward. During the decade there were more exciting improvements in pinball machines including lights behind a glass scoreboard and the first of two-player games.

The advancements didn’t stop in the 1960s, as in 1962, the drop target was invented which premiered in the game Vagabond around the same time as multiball debuted in Beat the Clock. The next big step for pinball in the 1960s was the first digital machine in 1966. The improvements kept a steady movement, carrying on into the following decade.

As pinball continued becoming a hugely popular form of entertainment, the mid-seventies saw the adoption of the longer three-inch flippers, which we see used on modern machines. Popularity soared in the 70s because of the games’ new alterations, attributes, reliability, electronic and alphanumeric scoring, as well as, electronic sounds and speech, which lasted well into the 80s. Pinball wasn’t finished making advancements after the 80s, and the popularity was not slowing.

In 1998, Williams released the first pinball machine to have a video screen in the machine, “Pinball 2000” series machines. Pinball slowly transformed into an increasingly high-tech version of itself. Today, in the 21st century, varieties of pinball are moving toward being entirely software-based and have been created for platforms of computers, handhelds, and gaming devices. Still, old-school pinball machines are available for the enjoyment of those who want that excitement of in-person lights and sounds.

Pinball has taken a fascinating journey in the last century and a half. From a simple, countertop machine with no electricity or flippers, to an extraordinarily high- tech form of entertainment, pinball has seen an amazing transformation. From the young in years to the young-at-heart, pinball has been a wonderful source of entertainment that is destined to continue its legacy for many years to come. Whether online, offline or in an arcade, the legacy of pinball machines live on and will continue to bring happiness to people of all ages.